This year’s theme is ASSISTIVE TECHNOLOGY!

Join us as we showcase and explore the many ways that technology is impacting and improving the lives of people with all abilities! Members, family and supporters, and community members welcome!

An Evening of Laughter 2017

July 13th 2017 was the OILRC first Annual Evening of Laughter comedy event, and we are pleased to report that it was a success!

The event was held at The Gladstone Theatre with a family-friendly line-up of comedians provided by Yuk Yuk’s.

2017 marked some important dates, and what better way to celebrate than with friends and cake!

The Independent Living movement in Canada celebrated a 30 year milestone. As a tribute to Canada’s 150th Birthday, IL Canada shared 150 stories from members of the independent living centers across the county.

Here in the Nation’s capital we hosted an Open House on June 1st 2017 along with national representatives from Independent Living Canada. 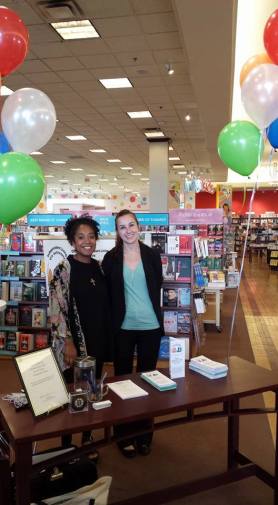 The OILRC was invited by our local Chapters to participate in 5 mini FUNdraising events throughout 2016.

During the FUNdraiser OILRC staff, members, and board members were set-up near the entrance of the Chapters location and helped to raise awareness of the Ottawa Independent Living Resource Centre and the programs and service we provide. 20% of all purchases made during the event we donated direct back to the OILRC.

The OILRC is grateful to Chapters Gloucester for such a wonderful partnership opportunity!

The total amount of funds raised was over $600!